Omer Offen : On the distinction problem of... 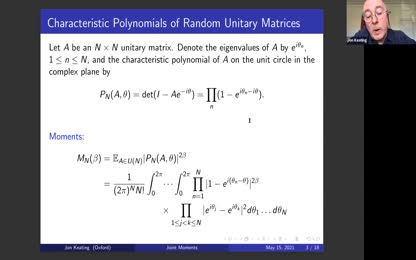 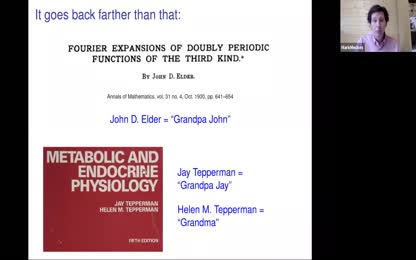 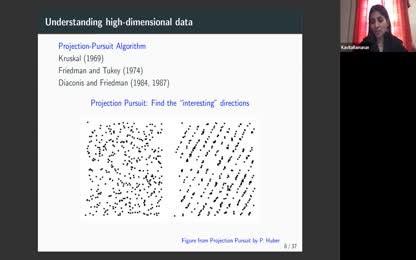 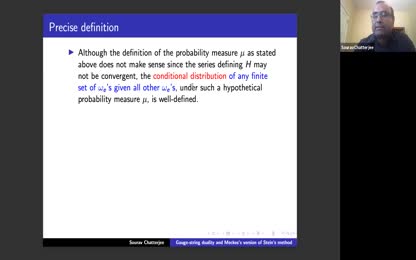 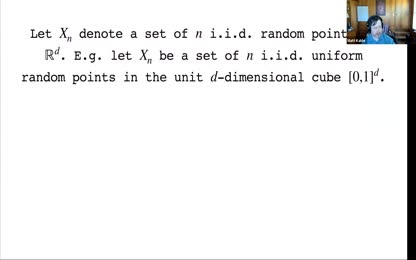 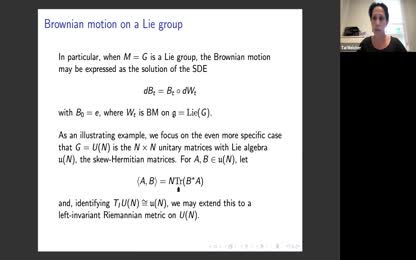 Demetre Kazaras : If Ricci is bounded below,...

Let G be the group of rational points of a linear algebraic group over a local field. A representation of G is distinguished by a subgroup H if it admits a non-zero H-invariant linear form. A Galois symmetric pair (G,H) is such that H=Y(F) and G=Y(E) where E/F is a quadratic extension of local fields and Y is a reductive group defined over F. In this talk we show that for a Galois symmetric pair, often the necessary condition for H-distinction of a parabolically induced representation, emerging from the geometric lemma of Berenstein-Zelevinsky, are also sufficient. In particular, we obtain a characterization of H-distinguished representations induced from cuspidal in terms of distinction of the inducing data. We explicate these results further when Y is a classical group and point out some global applications for Galois distinguished automorphic representations of SO(2n+1). This is joint work with Nadir Matringe.

Recently A. Braverman, D. Kazhdan, and L. Lafforgue have interpreted Langlands' functoriality in terms of a generalized harmonic analysis on reductive groups that requires the existence of new spaces of functions and an associated, generally non-linear, involutive Fourier transform. This talk will discuss some of these objects involved in the local p-adic situation, after introducing some ideas and basic constructions involved. Specifically, the local Fourier transforms have a nice interpretation in terms of their spectral decomposition giving the gamma factors that appear in functional equations of L functions, which, in the standard case allows one to write down the epsilon factors attached to supercuspidal representations as non-abelian Gauss sums. For G=GL(2), we use the local Langlands correspondence to provide L and epsilon factors for odd adjoint power transfers and use this to interpret the Adjoint power Fourier-transform such that its spectral decomposition on supercuspidal representations is given explicitly by certain non-abelian Kloosterman sums, which we use to give a form of the Fourier operator.

Topological Hochschild homology (THH) has recently been popular as an approximation to algebraic K-theory, but it is also a measure of ramification in the sense of number theory. I will survey the interaction between THH and number theory, along with some surprising connections to classical algebraic topology. This will culminate in a new computation of THH of any ring of integers R, suggesting the philosophy: Spec(R) -> Spec(Z) is one point away from being etale.

The colored Jones polynomials are conjectured to detect geometric information about knot complements, such as hyperbolic volume. These relationships ("volume conjectures") are known in a number of special cases but are in general quite mysterious. In this talk I will discuss a program to better understand them by constructing holonomy invariants, which depend on both a knot K and a representation of its knot group into SL_2(C). By defining a version of the Jones polynomial that knows about geometric data, we hope to better understand why the ordinary Jones polynomial does too. Along the way we can obtain more powerful quantum invariants of knots and other topological objects.

Description of some work with Elizabeth Meckes at SEPC 2021

We express the bias of global root numbers of Hilbert new forms of cubic level via special values of Dedekind L-functions attached to CM extensions determined by the level. In particular, our formula includes the case when weight 2 appears. We establish the formula by 1) a limit form of Jacquet-Zagier trace formula on PGL_2 associated to certain not necessarily integrable test functions at Archimedean places (when weight 2 occurs), and 2) showing the meromorphic continuation of certain Dirichlet series with coefficients given by special value of Dedekind L-functions via spectral side of the Jacquet-Zagier trace formula. This is a joint work with Q. Pi and H. Wu. arXiv: 2110.08310.

SEPC 2021 in honor of Elizabeth Meckes. Slides from the talks and more information are available <a href="https://services.math.duke.edu/~rtd/SEPC2021/SEPC2021.html">at this link (here).</a>

SEPC 2021 in honor of Elizabeth Meckes. Slides from the talks and more information are available <a href="https://services.math.duke.edu/~rtd/SEPC2021/SEPC2021.html">here</a>

Many patterns in Nature and industry arise from the system minimizing an appropriate energy. Torn plastic sheets and growing leaves provide striking examples of pattern forming systems which can transition from single wavelength geometries (leaves) to complex fractal-like shapes (lettuce). These fractal-like patterns seem to have many length scales, i.e. the same amount of extra detail can be seen when looking closer (“statistical self-similarity”). It is a mystery how such complex patterns could arise from energy minimization alone. In this talk I will address this puzzle by showing that such patterns naturally arise from the sheet adopting a hyperbolic non-Euclidean geometry. However, there are many different hyperbolic geometries that the growing leaf could select. I will show using techniques from analysis, differential geometry and numerical optimization that the fractal like patterns are indeed the natural minimizers for the system. I will also discuss the implications of our work to developing shape changing soft matter which can be implemented in soft machines.

The local Langlands correspondence is a dictionary between representations of two kinds of groups: reductive p-adic groups (such as the general linear group) and the absolute Galois groups of p-adic fields. One entry in the dictionary is a conjectural formula of Hiraga, Ichino, and Ikeda for the size of a representation of a p-adic group, its "formal degree", in terms of the corresponding representation of a Galois group. In this talk, after reviewing the broad shape of p-adic representation theory, I'll explain why the conjecture is true for almost all supercuspidals, the fundamental building blocks of the subject.

Godement-Jacquet use the Schwartz space of n-by-n matrices to construct the standard L-function for GL_n. Ben-Zvi, Sakellaridis and Venkatesh conjecture that the local unramified part of this theory can be categorified to an equivalence between an 'analytic' category of constructible sheaves and a 'spectral' category of dg modules. In this talk I will explain the proof of this equivalence and some of its properties. I will also discuss connections to conjectures of Braverman-Kazhdan on constructions of general automorphic L-functions. This is joint work with Tsao-Hsien Chen (in preparation).

In this talk we discuss our recently introduced methods for obtaining strictly positive lower bounds on the top Lyapunov exponent of high-dimensional, stochastic differential equations such as the weakly-damped Lorenz-96 (L96) model or Galerkin truncations of the 2d Navier-Stokes equations (joint with Alex Blumenthal and Sam Punshon-Smith). This hallmark of chaos has long been observed in these models, however, no mathematical proof had previously been made for any type of deterministic or stochastic forcing. The method we proposed combines (A) a new identity connecting the Lyapunov exponents to a Fisher information of the stationary measure of the Markov process tracking tangent directions (the so-called "projective process"); and (B) an L1-based hypoelliptic regularity estimate to show that this (degenerate) Fisher information is an upper bound on some fractional regularity. For L96 and GNSE, we then further reduce the lower bound of the top Lyapunov exponent to proving that the projective process satisfies Hörmander's condition. I will also discuss the recent work of Sam Punshon-Smith and I on verifying this condition for the 2d Galerkin-Navier-Stokes equations in a rectangular, periodic box of any aspect ratio using some special structure of matrix Lie algebras and ideas from computational algebraic geometry.

Demetre Kazaras : If Ricci is bounded below, then mass is in control!

The ADM mass of an isolated gravitational system is a geometric invariant measuring the total mass due to matter and other fields. In a previous work, we showed how to compute this invariant (in 3 spatial dimensions) by studying harmonic functions. Now I'll use this formula to consider the question: How flat is an asymptotically flat manifold with very little total mass? In the presence of a lower bound on Ricci curvature, we make progress on this question and confirm special cases of conjectures made by Ilmanen and Sormani.

In the 1980’s, Greene defined hypergeometric functions over finite fields using Jacobi sums. The framework of his theory establishes that these functions possess many properties that are analogous to those of the classical hypergeometric series studied by Gauss and Kummer. These functions have played important roles in the study of Ap ́ery-style supercongruences, the Eichler-Selberg trace formula, Galois representations, and zeta-functions of arithmetic varieties. In this talk we discuss the distributions (over large finite fields) of natural families of these functions. For the 2F1 functions, the limiting distribution is semicircular, whereas the distribution for the 3F2 functions is the more exotic Batman distribution.